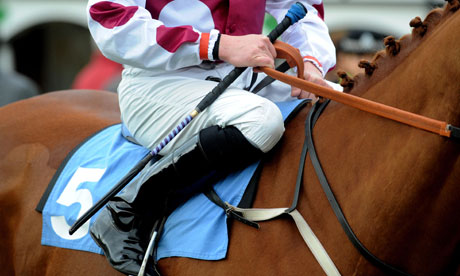 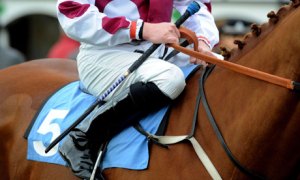 The Directors of the British Horseracing Authority (BHA) approved the proposal for the change to the rules at their last Board meeting on 21st February. Since then further discussions have taken place with the Professional Jockeys’ Association (PJA) to keep them abreast of the changes to the regulations and the accompanying penalty structure. A summary of the revisions to the rules and penalty structure is attached.

The BHA will ensure that all interested parties, including Irish based jockeys, have the opportunity to acquaint themselves with the changes, ahead of next week’s Cheltenham Festival.

“The focus over the coming weeks should be on Cheltenham and Aintree, the climax to what has been a fantastic Jumps season and then on the start of what promises to be another vintage year for Flat racing.

“As has been evident in recent months, the subject of the whip and how its use is regulated remains an emotive subject; not only for those who make their living from the sport but also for the public who come racing and those who watch our sport on television. For the future long-term health of British Racing it is vital that our sport’s customers and viewers have confidence that the welfare of racehorses is not being put at risk by a rider’s use of the whip. I am confident in our ability as a sport to manage welfare issues and I believe that taking account of the design together with the lower thresholds for use of the whip we have effectively removed the potential for use of the whip to be a welfare problem.

“Together with everyone in racing, we at the BHA have a role to play in increasing understanding of why the energy-absorbing whip should be considered an acceptable and important tool of a jockey’s trade. Our communication is key to this, but ultimately the level of public confidence on this matter will depend on the jockeys abiding by the rules.”

In his capacity as Director of Raceday Operations and Regulation, Jamie Stier will be working with both jockeys and stewards on the implementation of the new rules and the monitoring of their effectiveness. He said:

“The revised rules give jockeys the opportunity to use the whip sensibly, and the stewards now have discretion when reviewing a rider’s use of the whip. Their focus will rightly be on the manner in which the whip is used. I have confidence in both the jockeys and stewards to apply their judgement judiciously in this matter.

“It is important that riders do not misinterpret the ability of stewards to exercise discretion as a reason to use their whip more than they do at present. The changes are being introduced in order to remove the occasions when a rider was given a disproportionate penalty on account of the lack of flexibility within the rules. The objective is to maintain the improved standards of riding which have resulted from the significant efforts made by riders to abide by the reduction in the threshold levels regarding use of the whip, while applying discretion where it is warranted.

“We have worked closely with the PJA and the jockeys and will continue to do so.

“Arguably the most demanding challenge in relation to framing the rules on this subject is finding the balance between a proportionate penalty and one that also acts as an effective deterrent. In approving the changes, the Board asked that we continue to monitor penalties from this perspective. An achievable objective should be the removal of clear and serious breaches of the rules, the kind of which bring the sport unwanted attention.”

A proposal is being prepared for the Board of the BHA for the money accrued from the forfeiture of jockeys’ prize money following whip offences to be used to promote horse welfare in racing, including education regarding both the design and the use of the energy-absorbing whip.

The initial whip review and subsequent amendments made can be found at http://www.britishhorseracing.com/whip-review/