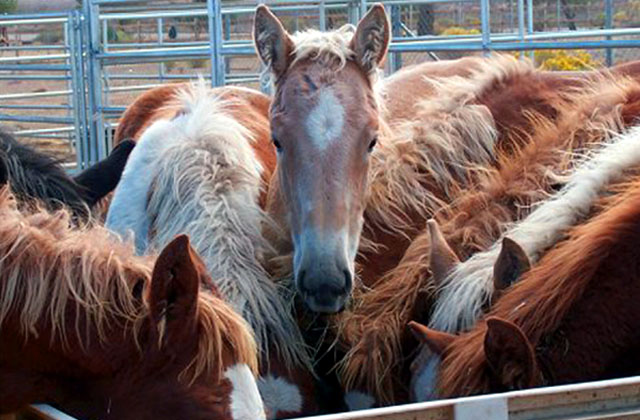 1686: Fourteen “witches” are executed at Salem – thirteen of them are menopausal women.

1821: A French physician named de Gardanne coins the term “menopause” a century prior to the isolation of the hormone estrogen and publishes a book “De la ménopause, ou de l’âge critique des femmes”. Thus begins the search for the “cure”.

1872: Menopausal women are considered mentally deranged and are classified by Lawson Tait, an influential physician and surgeon of London, as having incurable dementia. In his opinion relief can be achieved by the use of “an occasional purgative” and “removal from home at frequent intervals” – the asylum!

1890: Merck suggests that menopausal symptoms can be treated with wine, cannabis, opium, and a product made out of powered ovaries, among others.

1899: An idea was emerging that sex hormones might be involved in menopause. A Parisian woman medicates herself with liquids derived from pigs’ ovaries with positive effects.

1929: Estrogen is isolated and identified by Edward Doisy at Washington University in St. Louis.

1933: The first estrogen replacement product marketed in the US is developed – Emmenin, a product made from the urine of pregnant women. However, it is costly and the search continues for a cheap alternative.

1942: Wyeth’s predecessor Ayerst receives approval for the patent of Premarin, formulated from the urine of pregnant mares, and is approved by the FDA to market. Initial approval was based on a “replacement” therapy to “replace” a woman’s depleted estrogen levels.

1943: Wyeth merges with Ayerst, McKenna and Harrison, Ltd. Of Canada. With this came Premarin®, the world’s first conjugated estrogen medicine.

The Journal of Clinical Endocrinology publishes four independent studies of Premarin® use in five US cities praising its ease of use and effective relief of symptoms. 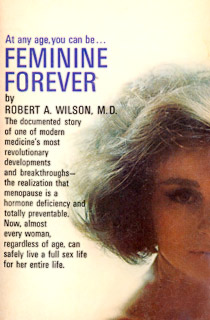 1965: The growth in use of estrogen replacement therapy (ERT) and the HRT concept is supported by a book written by Dr. Robert Wilson titled “Feminine Forever”. Unbeknownst to the general public, he is a consultant for Wyeth.

1972: The FDA publishes a Federal Register notice indicating that estrogen products including Premarin® are effective in treating menopausal symptoms. At the same time, the FDA provides for submission and approval of abbreviated new drug applications (ANDAs) for generic conjugated estrogens.

1973: The belief that estrogen was beneficial for the heart in women led to a trial in which men took Premarin® for the prevention of heart attacks and strokes. The trial was abruptly halted since the men receiving the treatments had increased incidences of heart attacks and blood clots. Instead of a wakeup call to the deleterious side effects, they simply attributed this to dosage issues and continued to praise the drug for its use in relieving menopausal symptoms in women.

1975: The New England Journal of Medicine publishes two articles that indicate a four to fourteen times increased risk of endometrial cancer with post-menopausal use of ERT.

1976: Ayerst sends a “Dear Doctor” letter to every physician in the country regarding the use of Premarin®. The FDA reprimands the letter maintaining it is misleading and minimizes the risk of the association of CEEs and uterine cancer. In turn, the FDA issues a drug bulletin underscoring the increased risk of uterine cancer with prolonged use of estrogen products.

The New England Journal of Medicine publishes the first report of a link between estrogen use and breast cancer.

1977: Ayerst Laboratories Premarin® is definitively linked to uterine cancer. Ayerst responds by adding a warning to the label but Hill and Knowlton, a public relations firm, simply attribute the cancer risk a “public relations” issue.

Premarin® becomes the fifth most frequently prescribed drug in the US with more than 30 million prescriptions written.

1982: Cancer research journals report that CEE menopausal hormones are a major factor in the development of cancer indications.

1989: A Swedish study indicates that women on a regimen of estrogen or estrogen-progestin had a slightly increased risk of breast cancer when on estrogen yet when on the combined drug therapy their risk more than doubled (New England Journal of medicine).

1990s: Premarin® becomes the most frequently dispensed drug in the US.

1991: The Women’s Health Initiative (WHI) is launched. The clinical trials were designed to test the effects of postmenopausal hormone therapy, diet modification, and calcium and vitamin D supplements on heart disease, fractures, and breast and colorectal cancer.

1995: Prempro® is the first estrogen-progestin HRT drug approved by the FDA

NAERIC (North American Equine Ranching Council) is established. An organization engaged in the collection of pregnant mares urine (PMU) that reportedly is dedicated to the progressive science-based horse management techniques to ensure the highest possible care standards are utilized in the equine ranching industry.

NAERIC is heavily funded by Wyeth and supports horse slaughter.

The FDA rejects an application for a generic version of the drug Premarin®. Both the FDA and Wyeth-Ayerst want the public to believe it was in their best interest to protect and safeguard the public. In reality it was motivated by scores of lobbyists, fraught with conflicts of interest, and epitomized by questionable surreptitious political manipulation.

Data from 51 epidemiological studies is published in The Lancet (a UK medical journal) further implicating an increased risk of breast cancer with post-menopausal estrogen use.

1998: The first major placebo controlled trial of HRT indicates no benefit to women who have had heart attacks, in fact, increasing their risk and advises them to withdraw.

2001: First results of the WHI study are released spreading bad news to not only doctor’s offices but also Wall Street. Although physicians remained ambiguous about the results of increased cancer risk and heart attacks, shares of Wyeth fell 19%. The company responded by emphasizing it was the combination therapy of estrogen-progestin Prempro® and not Premarin® that was at fault.

After the government’s announcement, millions of women discontinue the use of HRT – down from about 6 million users for Prempro® to 3.3 million.

FDA announces it will more thoroughly evaluate HRT use – the first official response from the government.

Additional results from the NIH study indicate that HRT contributes to dementia.

Media reports escalate the public awareness of the sequestered pregnant mares and slaughtered foals – the “by-products” of the PMU industry.

2004: As a result of falling sales of Premarin® and Prempro®, Wyeth introduces a lower dosage estrogen-progestin drug claiming it is safe.

The estrogen-only (Premarin®) division of the WHI study continues to 2004 but it also is terminated prematurely due to indications of increased risk of stroke, deep vein thrombosis and without benefit in terms of coronary heart disease.

2005: Wyeth closes a manufacturing plant and eliminates 15% of its sales force as sales of Prempro® falls 76% and Premarin® 47%.

Wyeth asks the FDA to investigate independent pharmacies producing bio-identical hormone replacement therapy (BHRT) claiming there are potential risks to women’s health and possible violations of manufacturing practices. In October of 2005, Wyeth files a “Citizen’s Petition” demanding the ban of bio-identical hormones which coincidentally compete with their synthetic hormones.

2007: Numerous cancellations of contracts for the Premarin® family of drugs results in herd reductions on PMU farms.

A report in The Lancet found that HRT increases the risk of ovarian cancer by 20%.

FDA declines to approve Pristiq – a non-hormonal drug for menopausal symptoms produced by Wyeth – without further testing due to some indications that the drug causes serious heart and liver complications.

After years of research, analysis, and debate, the International Agency for Research on Cancer, the U.N.’s cancer research agency, has reclassified HRT from “possibly carcinogenic” to “carcinogenic.”

2008: Wyeth announces that it plans to meet with the FDA in February to discuss product formulation, bioequivalence and clinical study efforts to support the planned NDA filing of Aprela – a new drug containing CEEs for menopausal symptoms and a selective estrogen receptor modulator, for the prevention of postmenopausal osteoporosis.