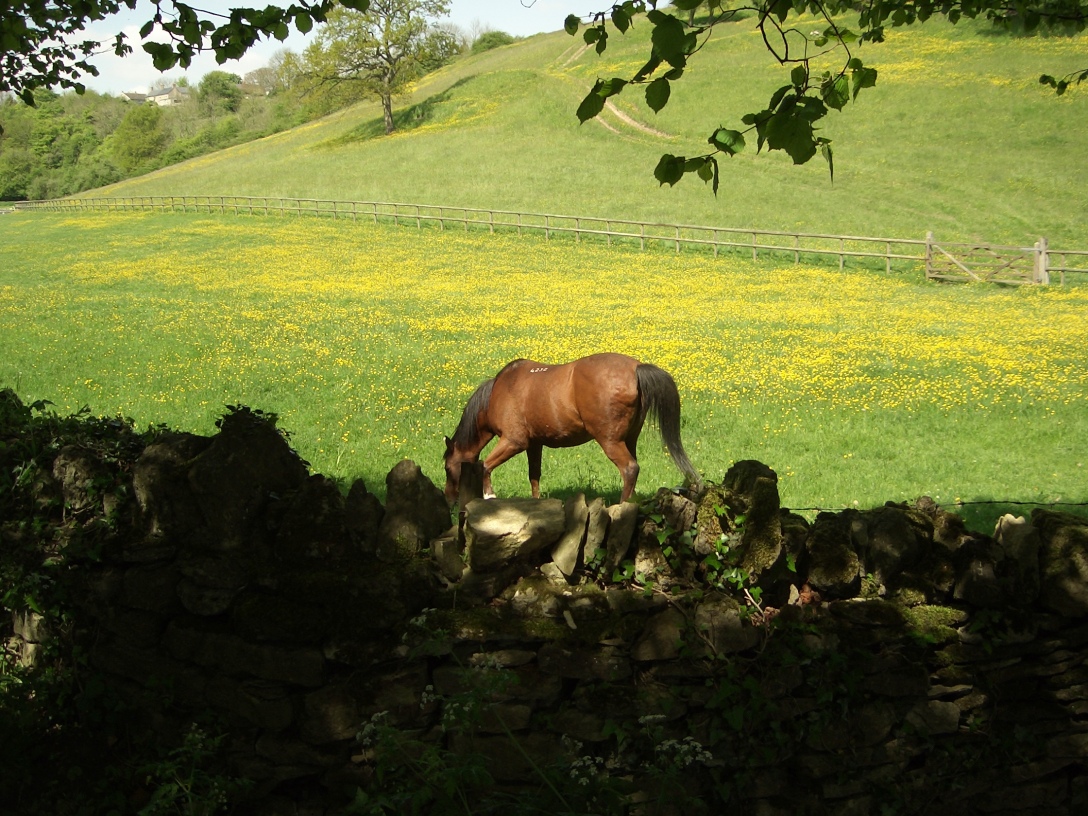 With the world economic climate as it is, things are looking grim for horses, worldwide.

Even traditionally horse-friendly countries like Ireland and Spain are seeing an increasingly large number of horses suffering because of the economic downturn. Where previously horses were part of everyday life, they are now becoming a financial burden, and farmers and breeders are either sending them for slaughter, or setting them loose. It’s not a good picture.

In fact, upon investigation, there are few countries which have a snow-white reputation when it comes to horse welfare, with USA parcels getting more consideration than some horses who are transported across long distances. But, on balance, where would be the best country to live, if you were a horse?

Here are some light-hearted suggestions. You decide.

It’s cold and wet, and you can’t gallop along the beaches, but the UK is actually one of the most horse friendly countries in the world today.

With a history of aristocrats owning and breeding horses, equine culture is strong. The RSPCA (Royal Society For the Protection of Animals) is very proactive in the UK and it’s not common for horses to be severely neglected. Known as a ‘nation of animal lovers’, public vigilance on animal welfare is high.

World renown for pioneering veterinary research, and specialist equine veterinary teaching facilities, there are few better countries to be a horse than in the United Kingdom, although a rainproof coat is an advisable accessory.

Cons: Horses are slaughtered in the UK for human consumption in Europe. Plus there are issues, as with many European countries, surrounding the long distance export of horses for slaughter. However, pressure groups have made headway in changing the law in recent years.

As with the UK, there is a strong cultural tradition in favour of horses in the US. Veterinary standards are high, too, as are animal welfare charities. With acres of land to roam on and graze, US horses are amongst the most pampered in the world, simply because the per capita income is the one of the highest. Horses are not kept as work engines as they are in less developed countries, so they are less likely to die from exhaustion and ill health. Culturally horse meat is unacceptable still. Horses are not killed for human consumption here.

If your owner is wealthy, you could do a lot worse than find yourself in a sunny US state, such as California.

Cons: While horses are no longer slaughtered for human consumption overseas in the US, there are reportedly 140,000 horses sent across her borders to Mexico and Canada for slaughter per year. Welfare concerns about the use of horses in the racing industry is escalating, where fatalities are very high.

If you are a horse without pretensions, and you like to work hard, then Mongolia could be the place for you.

Horses are honoured in Mongolian culture, where a common expression is ‘A Mongol without a horse is like a bird without wings’. Horses are part of the fabric of life here, and they take their chances with the rest of the family, in the harsh environment.

Mongolian horses live outside all year round, and are left to forage for their own food, as is the tradition. They do well on it however, as they outnumber the human population. The extremes of temperature seem astonishing, but Mongolian horses thrive on it. By nature wild Mongolian horses are no fools; they are crafty survivors who live freely. Those that are domesticated enjoy a rich full working life riding with nomads, and are known for their calm, willing nature.

Free spirited horses who like to walk on the wild side would be happy here.

Cons: Horses are sometimes slaughtered for meat in Mongolia, but this is more from necessity than choice and is becoming less common.

Although harsh economic times have led to more horse owners unable to look after their animals, there is a strong tradition of horse ownership in Ireland which goes back over centuries. As with Spain, horses are in the blood. The Irish know horses like fellow family members, and the accumulated wisdom of the ages shows in their affection for and understanding of horses.

It’s rough and ready for horses in Ireland, usually without the advantages of swanky high end stables. A patch of field is more common, but the warmth and affection towards horses and their total acceptance within the culture makes up for a great deal. Horses only really care if they are loved and cared for, which they are in Ireland. The high-class stall matters less than being part of the family, and being cared for as such.

Ireland does not accept horse meat for human consumption, and veterinary standards are high here too.

Large and somewhat chaotic horse fairs, illegal road horse racing and the rough and tumble of Irish life would suit a bombproof horse, who is not afraid to get his hooves dirty. It’s not ideal, but it’s warm and welcoming.

7 thoughts on “My saddlebags are packed, now where should I live?”