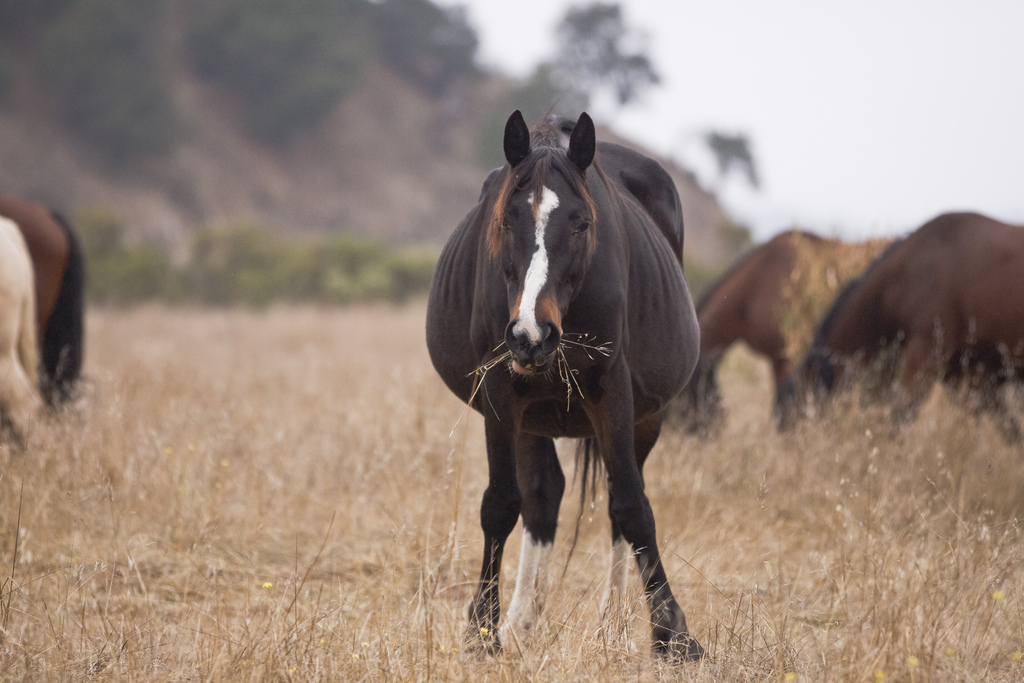 Pregnant mares chased by helicopters can abort their babies

WASHINGTON (June 6, 2012) — Protect Mustangs asks the Bureau of Land Management (BLM) to avoid a deadly roundup and cancel plans for a helicopter stampede of pregnant mares in the Winnemucca district of northern Nevada known as the Jackson Mountain roundup. The preservation group calls the public to voice their opposition to the roundup by contacting the Winnemucca District Director, Gene Seidlitz and the BLM Deputy Director in Washington, Mike Pool.

“If BLM goes ahead with the roundup, we fear heavily pregnant mares will abort their foals,” says Anne Novak, executive director of Protect Mustangs. “We are concerned this would turn into another deadly roundup. These wild horses have a right to life.”

Members of the public may email District Director Gene Seidlitz at GSeidlit@blm.gov and Deputy Director Mike Pool at Mike_Pool@blm.gov asking them to cancel the proposed foaling season helicopter roundup. The Nevada Fax # is 775-623-1503 and the Washington D.C Fax # is 202-208-5242

“If the BLM cares about the welfare of the wild mares and their unborn babies they will not terrify and chase them for miles.” Novak explains. “We are asking Mr. Seidlitz and Mr. Pool to prevent the carnage and cancel their plans for a foaling season roundup.

“We would like to see the BLM bring the wild horses feed and water if they are at risk–not use the word “drought” to trump up an emergency roundup to remove them from their land,” states Novak.

Just last week the Nevada BLM held the annual public helicopter hearing without giving the public adequate notification–only 5 business days. It appears the Nevada BLM does not care about transparency, public participation and does not want public input on helicopter roundups.

Protect Mustangs is a Bay Area-based preservation group whose mission is to educate the public about the American wild horse, protect and research wild horses on the range and help those who have lost their freedom.