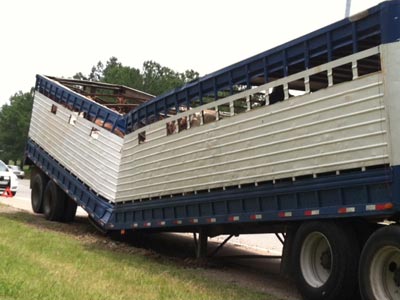 NASHVILLE, Tenn. – Traffic was slowed on Tuesday afternoon after a horse trailer wrecked on Interstate 440 westbound, south of downtown Nashville.

It was unclear what caused the crash, but the horse trailer was bent in the middle.

Officials said the horses were being taken from Lebanon to Mexico.

Thirty-six of the horses inside had to be moved to another trailer while one had to be euthanized when [he] couldn’t stand up.