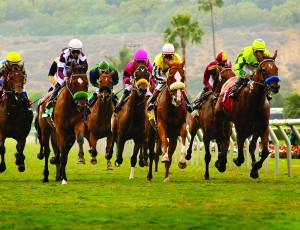 According to track officials, Bandolim suffered fractured sesamoids to his left hind leg after finishing second in Saturday’s fifth race. The son of Dynaformer was in a three-horse driving finish on the turf course and was pulled up after the race by jockey Alonso Quinonez.

Bandolim is the first horse to be euthanized after an injury on the grass. The other fatal injuries occurred on the Polytrack.

Bandolim, trained by A.C. Avila, was making only his second career start and was the favorite of many bettors after several strong morning workouts since a fifth-place finish in a maiden race on July 21.