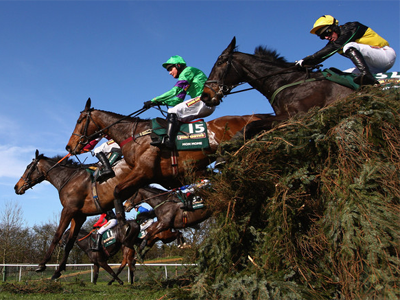 The fact that organizers of the Grand National, heralded as the most famous and testing steeplechase in the world, are making changes to enhance safety for the horses who compete is in itself welcome news.

However, the most critical change in our opinion, the one that would have the most impact for good — is not being carried out — reducing the number of runners. The Int’l Fund for Horses made this recommendation to all the authorities in a decision-making position after the 2012 Grand National where two horses have died two years in a row.

We feel the decision not to limit the number of horses competing to a safer number is due to one reason only: betting. As jockeys have testified, making this modification would mean the course could be left as is and still significantly reduce casualties.

We are very disappointed.

LIVERPOOL, England (AP) — Organizers of the Grand National steeplechase will make modifications to fence design, landing areas and course irrigation following a review of the world’s most grueling jumps race after the death of two horses this year.

However, there will be no reduction in the size of the 40-horse field. Also, Bechers Brook – the much-feared fence that has been the cause of a number of horse casualties – will remain with the same drop and dimensions.

John Baker, who runs the Aintree course where the race is staged, says “balancing the Grand National’s enduring appeal while working to reduce risk in the race is a delicate but important balance to strike.”

Ten horses have died in the past 12 years in the National, leading to criticism from animal welfare groups.

ABOUT THE GRAND NATIONAL

Held once a year at the Aintree race course in Liverpool, the Grand National is run over two circuits, a distance of 4-1/2 miles and contains thirty of the most formidable fences in National Hunt racing. Some of the fences are so severe and notorious that their names as as famous as the race itself, in particular Becher’s Brook and The Chair.

It is estimated that the Grand National is watched worldwide by over 600 million viewers and is popular with people who would not normally watch or bet on a horse race at any other time.

— Synchronised and According to Pete killed in the Grand National; Tuesday’s Horse; Apr. 4, 2012