Advertising: Exploiting the public for power and profit

Despite the controversy of PMU-derived HRT, these drugs bring in profits of over a billion dollars annually to Pfizer and it seems physicians who prescribe such drugs are indifferent to the risks associated with the radical hormone imbalances induced by these equine hormones. Their central mantra being “as long as it works”.

This returns us to the slick marketing tactics employed by Big Pharma and the disturbing nature of those strategies.

Direct-to-consumer (DTC) advertisements for prescription drugs on television and in print are intended to evoke the perception that these drugs are the panacea to your medical woes. This in turn generates consumer demand through illusion – side effects are typically deemphasized while benefits are central to getting the customer hooked.

DTC pharmaceutical advertising and marketing is currently only legal in the US and New Zealand and is a practice that borders on unethical behavior by placing a higher value on profits than the health of their customers.

Most countries banned the practice of DTC advertising in the 1940’s. In fact in 2007 the WHO made a unanimous recommendation to entirely prohibit DTC advertising. [1]

Needless to say, in the US it is a lucrative proposition for Big Pharma where the return on investment is staggering.

And what could be better for Pfizer given that over 90% of their sales of Premarin and sister drugs occur in the US?

How perfectly opportune for the largest pharmaceutical company in the world – a ticket to print money with their sleazy marketing tactics and false reassurance under the guise of safety. Although there are proponents of DTC advertising at the center of the controversy is the simple fact that DTC marketing schemes do not promote public health. Instead, they increase the cost of drugs, misinform patients, increase the number of unnecessary prescriptions as well as promote drugs for which long-term safety profiles are unknown.

There is a central rationale why certain medications are classified as prescription drugs – they may have the power to remedy symptoms and prevent illness but at the same time they carry with them risks and can cause undue harm and even death. This is the very reason why it is a physician’s decision to prescribe a particular drug based on the presumed illness, not the patient.

Unfortunately many health care professionals feel pressured by these ads to prescribe drugs that often may not be in the best interest of the patient – less effective, higher cost, and inherently more dangerous. Never underestimate the power of advertising and a populous predisposed to these misleading ads that employ emotive imagery and fail to disclose dangerous side-effects and contraindications.

This can lead to strained patient-doctor relationships when patients insist on being prescribed a drug based on such deceptive advertisements and many doctors simply cave to the patient’s requests despite reservations regarding the drug and illness in question.

“Advertising to consumers puts physicians under a new kind of pressure. If they want to keep you as a patient, and if giving a prescription for a drug that you asked for keeps you happy, they might do it. Evidence backs this idea: advertising has raised the prescription rate of direct-to-consumer advertised drugs by over 30%. The prescriptions that patients ask for may be unnecessary (though harmless) and expensive, but the physician yields a bit of power to keep the patient happy.” [2]

“Every treatment has its risks, they point out, but the risk of a postmenopausal woman dying of a heart attack or stroke if she doesn’t take Premarin are far greater than her risk of dying from cancer or an osteoporosis-related fracture if she does.” [3]

Nothing more than the same propaganda that DTC advertising delivers.

Moreover pharmaceutical companies strive to “medicalize and stigmatize” normal life by developing prescription solutions for natural body functions such as menopause and PMS for example. These are not diseases yet they have created drugs to treat these conditions and broaden their audience by DTC prescription drug ads while boosting profits at the same time. Ultimately this leads to unnecessary and over-medication while overlooking behavior modification and lifestyle changes to treat the condition. 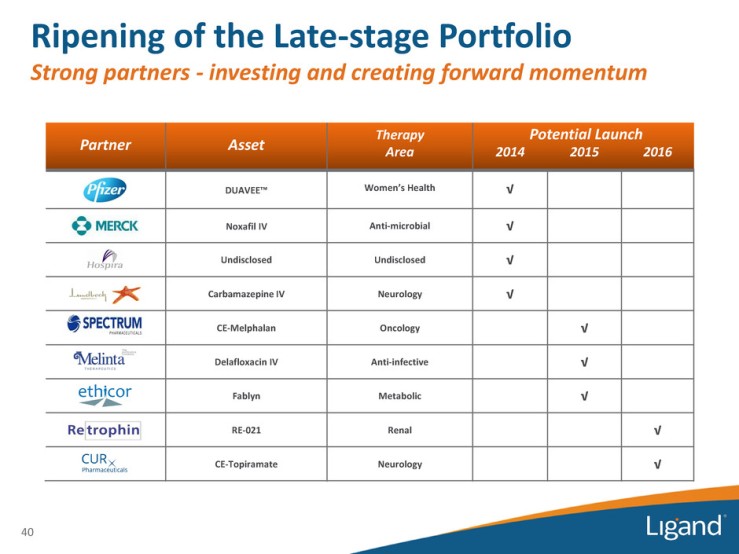 These are precisely the issues with all of the recent profusion of Premarin and Duavee ads.

Pfizer has the benefit of a captive US market, when it comes to DTC advertising, where the vast majority of these drugs are sold and marketed. And despite a disappointing performance the first quarter of this fiscal year, Pfizer is pinning its hope on some new drugs, including Duavee, to add to the incremental revenues toward the end of the year.

The good news is that many market analysts are predicting that Duavee may sizzle out before hitting any mega-status as far as profit margins go.

“Contrary to recent analyst commentary regarding “significant revenue contribution in the near term” from sales of Duavee® and Captisol-enabled® (CE) Melphalan, Duavee® sales have been and will continue to be immaterial for the foreseeable future, while an NDA has not even been filed for CE Melphalan. [4]

First, its safety profile is questionable despite the fact that Pfizer is promoting it as a hormone therapy with fewer side-effects. Nonetheless the boxed warnings are identical to Premarin et al suggesting that even Pfizer is skeptical.

Secondly there was a non-hormonal alternative that received FDA approval this year – Brisdelle, a low dose version of Paroxitene with far fewer side-effects such as cancer and other dire health risks.

Moreover Duavee is in competition with its parent drug Premarin as well as Eli Lilly’s Evista for prevention of postmenopausal osteoporosis which is also at blockbuster status and carries with it no stigma of conventional equine derived estrogen therapies.

In the end, despite all the negativity surrounding the combination drug Duavee, a drug containing a known carcinogen and a selective estrogen receptor modulator (SERM) not yet approved by the FDA, Pfizer persevered and launched it amidst much speculation – presumably out of desperation given that Duavee is patent protected and will generate profits due to the ability to retain the high price mark-ups compared to generic products.

Even Pfizer contractors and others who work in the pharmaceutical industry don’t have anything positive to say about Duavee.

• Another me-too product late in class for an age-old problem with many generic alternatives of similar efficacy. This is the problem with Pfizer these days – no novel innovation.

• Duavee sounds like a guy at the local bar. As in Duavee Crockett.

• Everyone will sell DuaDog….it’s the future of the company!!!

• Just wait until the recall. This drug will make your uterus collapse.

• Duavee may cause Prolapsed uterus. But what the heck do you need a post-menopausal uterus for anyways?

• It’s the biggest joke at Pfizer. Enormous amounts of money being spent for what will be the biggest failed launch since Exubera.

• Look into why this drug has taken so long throughout R&D phases. Wyeth Women’s Health talked about this drug coming to market by 2005.

In the end, if Duavee isn’t a success the old Premarin family of drugs regardless of patent loss, continue to generate over a billion USD annually. Recall that there is no bona fide generic Premarin made from horse pee and doctors still believe it is the universal remedy to a menopausal woman’s health.

And don’t forget about the unexploited market in Asia and other parts of the world, millions and millions of women to hoodwink. There is an abundant presence of future growth opportunities in the Asia Pacific region (especially China) in terms of untapped markets and growing customer awareness levels.

Pfizer will be laughing all the way to the bank.

And as usual the FDA is in bed with Big Pharma when it comes to DTC advertising. No surprise there. In 1997, the FDA relaxed its rules for pharmaceutical companies so that rather than providing a full disclosure, companies only needed to meet an “adequate standard” when it came to describing risks to consumers.” [6]

In response to this amendment pharmaceutical companies began meting out millions of dollars into DTC advertising. Today Big Pharma spends billions each year in an attempt to persuade the consumer to adopt prescription drugs and keep taking them regardless of whether they are necessary, all the while breaking the rules pertaining to those “adequate standards” imposed by the FDA.

What has the FDA done in response to these deceptive and unethical marketing strategies?

“FDA officials say they intend to conduct studies on misleading pharmaceutical advertising, but the government agency has done little to curtail the rampant ads. In fact, a 2007 study published by the New England Journal of Medicine reveals that the FDA has drastically decreased the citations issued to drug companies.” [7]

And now, 17 years later pursuant to the FDA’s revisions, and no doubt to help boost Big Pharma profits at any and all costs to the consumer, the FDA seems to have relaxed those rules even further.

“On Feb. 12, 2014 the FDA issued a comment request for the public to consider having fewer risks mentioned in DTC broadcast ads. The FDA is concerned that the ‘major statement’ (the long disclosure of risks) is “often too long, which may result in reduced consumer comprehension, minimization of important risk information and, potentially, therapeutic noncompliance due to fear of side effects.”

“They have proposed limiting the “major statement” to risks “that are serious and actionable” and having the ad “include a disclosure to alert consumer that there are other product risks not included in the ad.” [8]

Eternally the exploited consumer, forever at the mercy of unethical Big Pharma.

Ultimately, under the not-so-watchful eye of the FDA, Pfizer will continue to spiel the same old lies about the same old HRT drugs, drugs with a history reminiscent of death, deceit and denial. Drugs that are routinely prescribed for anything remotely related to menopause – physical and mental alike – all because they can.

And while they continue to downplay the side-effects and risks of conventional HRT manufactured from CEEs, they’ll be promoting the same old clichéd imagery of HRT as the redeemer of women from the clutches of old age and wrinkled skin. These innuendos alluding to the decline of the female body after menopause are perpetuated in the media every day, gracing the glossy pages of magazines with their promise that these vile drugs will make life blissful. Indeed those millions in marketing and advertising dollars are well-spent – no waste for Big Pharma and their callous tactics.

“The ritualization of the stages of life is nothing new. What is new is their intense medicalization … Lifelong medical supervision … turns life into a series of periods of risk.” [9]

Sadly, the “menopause industry” refuses to go away. There is far too much money involved and the likes of Pfizer and the rest of Big Pharma are unlikely to relinquish the target audience of the roughly 40 million female baby boomers that currently reside in the US alone. [10] Not at all – they will maintain the mythical status quo that menopause requires significant medical intervention.

No one is willing to take responsibility for allowing unscrupulous science and marketing strategies to rise above irrefutable medical research. It isn’t like there haven’t been enough warnings about the risks of conventional HRT yet these carcinogenic potions remain on the market and advertized as safe because corruption of Big Pharma and the FDA runs deep.

You are central to your decisions in your health care. Say NO to the Premarin family of drugs.

• Learn more about the horses, women and these drugs at Premstoppers »

ATTENTION! If you see an ad for any Premarin product including Duavee, please contact us and tell us what network, the channel you saw it on, the city and what it was for. Thanks.