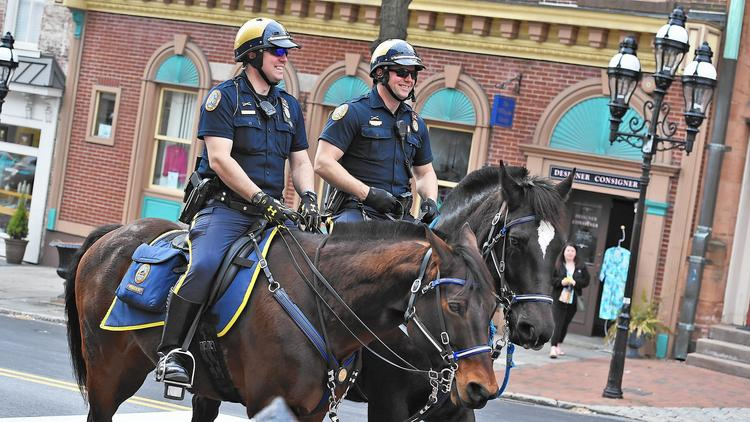 Friends of the Mounted Police, a nonprofit that raises money for the unit, has signed a lease for 10 acres of land next to the Holy Saviour Cemetery on Linden Street.

Allentown Diocese, the landowner, does not immediately need the property, which is large enough to accommodate a $365,000 barn and provide enough space for Grey, Asa, Pharaoh and George to graze. The land is buffered by land that is farmed.

Tom Tenges, president of Friends of the Bethlehem Mounted Unit, said he expects to be applying for the barn permits soon and having the horses hoof it to their new home, possibly, by September.

“It is more than twice the acreage of any of the other options we looked at. The topography works perfectly for the design of our barn and the grazing fields,” Tenges said. “We look forward to construction to begin as soon as we can secure the required permits.”

The city resurrected the mounted unit in 2009 after a nearly 68-year hiatus. Since then, the unit has expanded thanks to donations by Lehigh University, which adopted Asa, and Moravian College, which adopted Grey. Tenges’ group takes care of the rest of the expenses except for police salaries, which the city pays.

1 thought on “Bethlehem’s police horses to get new home”