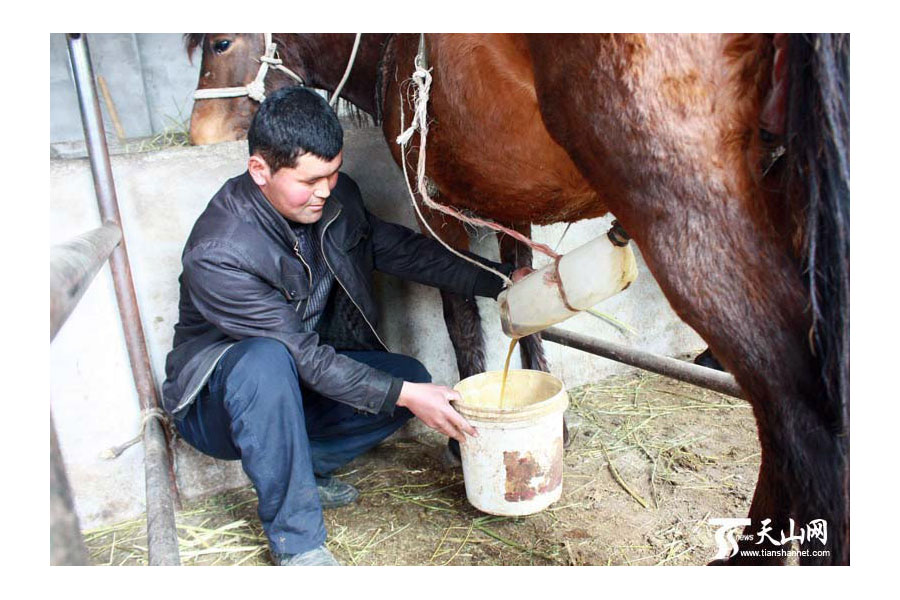 Pfizer’s international market for Premarin is open game for competitors without the U. S. Food & Drug Administration’s protection of the company’s monopoly trade secret.

The key component for the production of Premarin is the estrogen rich urine collected from pregnant mares. This business has become commonly referred to as the pregnant mare’s urine or PMU industry.

In 2005, a Chinese company — Xinjiang Xinziyuan Biological Pharmaceutical Co., Ltd. — was formed for the express purpose of creating a Chinese PMU industry based in northwest China’s Nilka County, located within the Ili Kazakh Autonomous Prefecture of the Xinjiang Uygur Autonomous Region.

Breeding of PMU mares and sales of pregnant mare’s urine has since become the “sunrise industry” for the regional rural farm economy, providing a significant increase in income for the farmers and incentive to expand production and number of horses.

Pfizer is stated to be the reason for establishing Xinjiang Xinziyuan Biological, but the relationship described between the two companies is inconsistent.

On one hand, Xinjiang Xinziyuan Biological’s founding purpose is to dominate Pfizer’s international Premarin market as a Chinese competitor, while on the other hand Pfizer is said to be the primary contractor for pregnant mare’s urine produced by the “sunrise industry” that Xinjiang Xinziyuan Biological’s created, and which supplies Pfizer with the pregnant mare’s urine to manufacture the Premarin products.

Whatever the true circumstances are concerning Pfizer, the magnitude of gross cruelty to horses resulting from the creation of a domestic market in China for equine estrogen projects is in itself unthinkable.

The number of middle-age women in China presently within the target demography for estrogen products exceeds the total population of the rest of world.

The corresponding number of horses required to meet China’s domestic demand annually is greater than the the total number of horses used for Premarin production during the 75 years since FDA approval in 1942.

Here’s what a pregnant mare’s urine farm in Xinyuan County, China looks like.

This is only tip of the iceberg of what we will be bringing to your attention. The challenge has always been that the information we sought was quite naturally in Chinese. Now of course there are Chinese translation apps but as helpful as they are, they only get you so far.

We are working to find Chinese language translators with good English to help us not only with documentation but also to help us create alerts to the women in China through social media about the carcinogenic properties of drugs made with conjugated equine estrogens as declared by the World Health Organization. We are hopeful they will not be as blasé about it as American women seem to be. There are alternatives. Yet there may be a glimmer of hope on that horizon.

In the meantime, we have also received a tip that the bulk of PMU farms supplying Pfizer are actually in Latin America. Stay tuned.