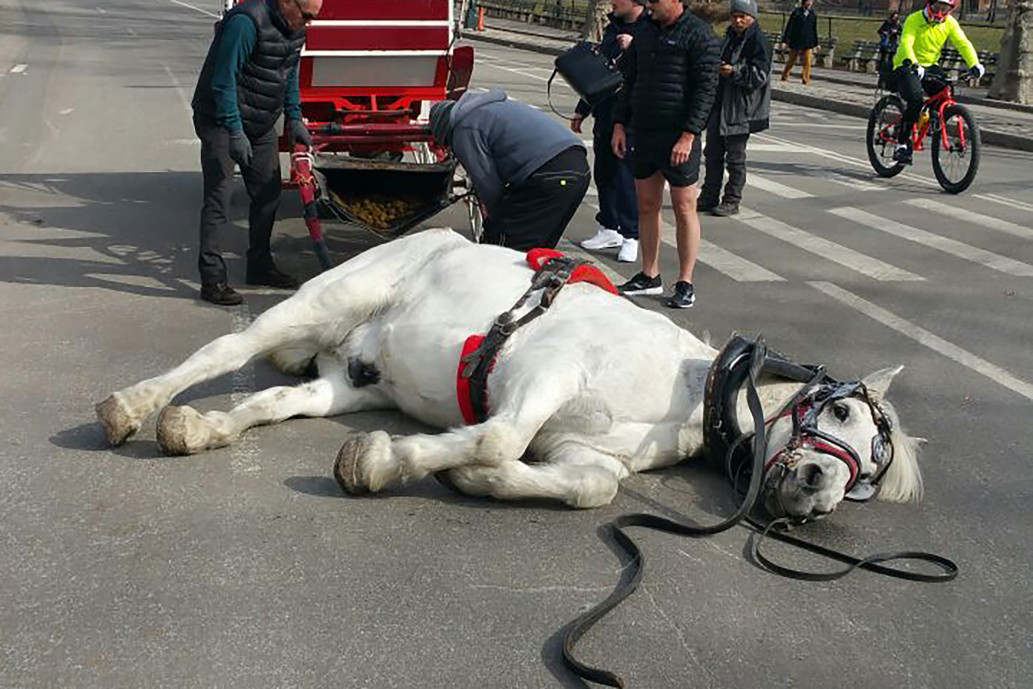 CARRIAGE HORSES (New York City) — Confronting images of a horse said to be collapsing in Central Park last week sparked cries for an investigation into the horse’s welfare Monday.

However the city advised the horse, named Max, had only tripped, and he was due back at work.

New York animal rights group NYCLASS said bystanders reported that a white carriage horse began breathing heavily before collapsing on the ground just before 10 a.m. Tuesday Feb. 21 near Tavern on the Green in the park.

The group provided images of the incident it said was taken by eyewitnesses. It believed the horse had just started its shift pulling carriages for the day.

Photos showed the horse first kneeling on the ground, and then fully splayed out on its side on the road.

Emanus claimed “the equine had simply tripped because he was wearing horseshoes for the time in eight months after returning to the city from a farm.”

Um, getting new shoes does not cause heavy breathing and collapse. This should be investigated and his license taken away for lying and covering up abuse if this should be so proved. — TH