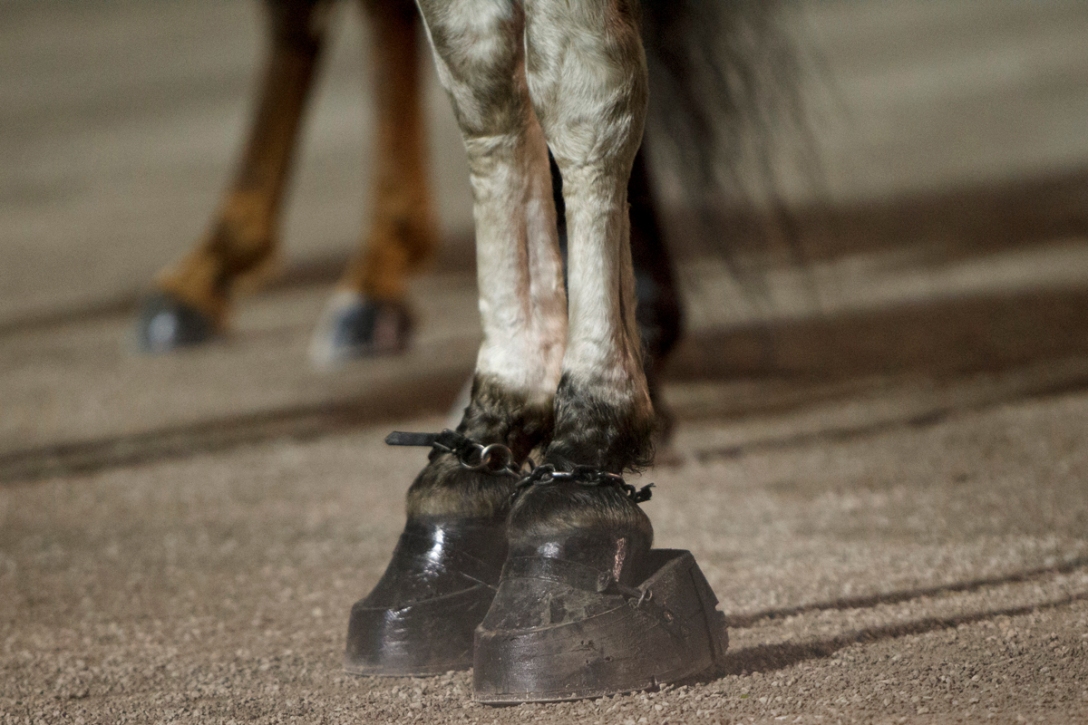 We quote the following from Roy Exum’s column of yesterday. Exum, who has covered the horse soring issue for some years from his home base of Tennessee for The Chattanoogan, states what appears to be patently obvious to many, sometimes even us.

It’s about the future of the anti horse soring bill in the U.S. Senate. We have already warned our readers that Sen. Blackburn (TN) and Sen. McConnell (KY) will do all the ugly they can to make sure the Senate version of H.R.693 (S.1007) is defeated — and that’s a whole lot of ugly. Powerful ugly. We didn’t mention Sen. Lamar Alexander (TN) (we thought we had enough evil to contend with without listing him), but Exum doesn’t ignore Lamar like we did.

Last week, after four tries having been blocked every year in Congress to “Prevent All Soring Tactics,” the PAST Act made it through Congress in a rousing “beat your chest” fashion. Where it takes a two-thirds vote to proceed to the Senate, Congress voted 333-96 on the bill (HR693). Oh happy day! That was the overwhelming response after the House of Representatives roll call on Thursday.

Then we go to Skopos Labs, a firm that claims they are experts in “automated predictive intelligence” to learn … what’s this? The Senate bill for the PAST Act has 40 co-sponsors which doesn’t mean diddley. When House Bill HR693 came to a vote last week, among the 96 members of Congress who voted against it were Tennessee Republicans Phil Roe, Chuck Fleischmann, Scott DesJarlais, John Ross, Mark Green, and Davis Kustoff. Isn’t that peculiar? As a matter of fact, the Tennessee “bloc” has long embraced the “dirty lickers” with the lone exemption being Tim Burchett.

Tennessee’s two Senators are far worse. Years ago Lamar Alexander got saddled up with Steven B. Smith who agreed to be the treasurer of his campaign. Hello! Steven B. is the head of the dirty lickers and there is vivid proof that Lamar and Senate Minority leader Mitch McConnell have accepted hundreds of thousands in campaign contributions from the dirty lickers.

Marsha has accepted more “benevolence” from the dirty lick than you would believe, and, when you track her government-mandated financial disclosures from the time she was first elected to the House until she began her impassioned role as a Senator, her investment prowess boggles the mind. I’m talking nothing short of genius on a Congress woman’s pay.

Don’t you see? I thought the upper reaches of the United States Congress and Senate were beyond reproach. Several years ago the law enforcement officers in Maryville, Tn., where there is a Lamar Alexander Boulevard, caught a known dirty licker — Larry Joe Wheelon — at his worst. There were photographs, testimony, irrefutable evidence and … hello … Larry Joe never went to trial.

Blessed with such a den full of elected representatives, do you in your wildest dreams think the PAST Act will get through the Senate? I’ve been following the charade like a bloodhound but with Alexander, Blackburn, and McConnell lusting for the day they can once again champion the torture of horses, neither the Senate bill nor humane horse-sense stands a cut dog’s chance.

It will be a dog fight for sure with the odds stacked heavily against us. H.R.693’s companion bill in the Senate, S.1007, has 41 cosponsors as of this writing. We would like to see at least 60 to give us a fighting chance, but that might be all it gives us. 72 would be much better so long as no one changes their mind. Can we possibly do it?

Check here to see if your two Senators have already cosponsored S.1007. If not please contact them via Senate.gov and ask them to please cosponsor S.1007 and vote yes when the time comes.

Be prepared to tackle this again with us after the August recess.