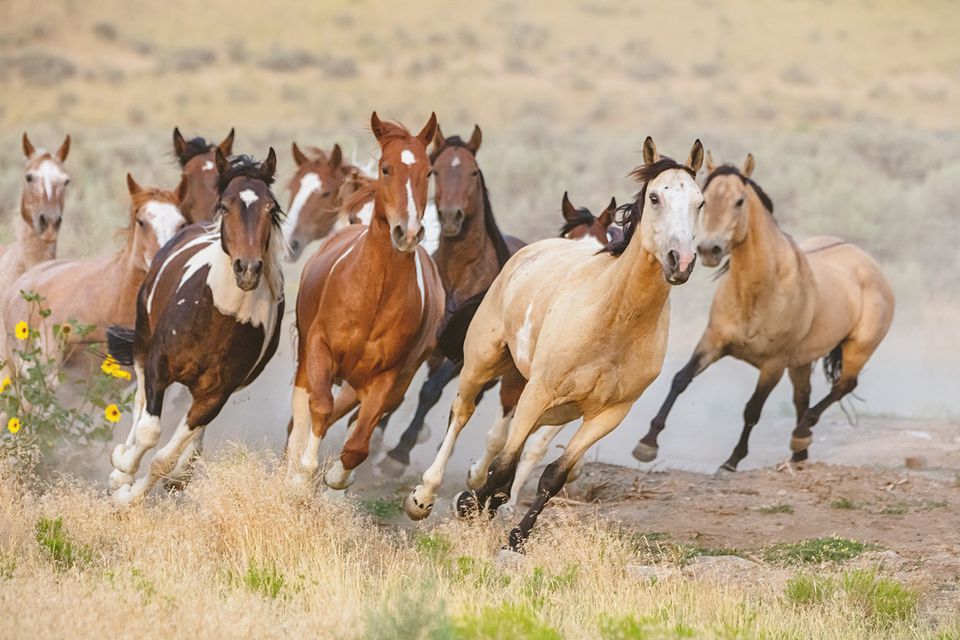 RENO, Nev. (AP) — Congress is closer to approving a contentious wild horse initiative backed by national animal welfare groups and the livestock industry but condemned by leaders of the largest and oldest coalition of mustang advocates in the West.

The Senate Appropriations Committee approved $35 million last week for the program supported by an unprecedented alliance including the Humane Society of the United States, American Society for the Prevention of Cruelty to Animals, National Cattlemen’s Beef Association and American Farm Bureau Federation.

They say it would eliminate the threat of slaughter for thousands of free-roaming horses and shrink the size of herds primarily through expanded fertility controls on the range.

Critics say it drops long-held opposition to the capture of mustangs across 10 western states and could allow for sterilization of mares — a hot-button issue with horse protection advocates historically.

Ginger Kathrens, director of The Cloud Foundation based in Colorado, said the new initiative dubbed the “Path Forward” should be called the “path to extinction.” She said it sets population targets to less than 27,000 — the total when federal protections first were enacted nearly a half-century ago.

The Senate committee included a $35 million increase for the U.S. Bureau of Land Management’s wild horse and burro program as part of the $35.8 billion Interior Department appropriation bill it approved on Thursday.

It’s not clear when the full Senate will consider the measure.

There’s still time to call your Senators. Capitol Switchboard at (202) 224-3121. A switchboard operator will connect you directly with the Senate office you request.

Don’t know who your two U.S. Senators are? Find out at https://www.govtrack.us/ and make that call!

This plan will wipe our wild horse population.

This is a huge waste of taxpayer money. Our federally protected wild mustangs and burros are already on the brink of destruction.

Nothing that has been promised concerning the safety of America’s wild horses and burros has kept them from slaughter. BLM employees themselves have been directly involved with selling them to slaughter.

There are solutions — humane solutions — that will help protect our wild horses and burros but they have never been seriously considered, and cost nothing like what the Senate Appropriations Committee just approved. Say no to this highly expensive and dangerous plan.