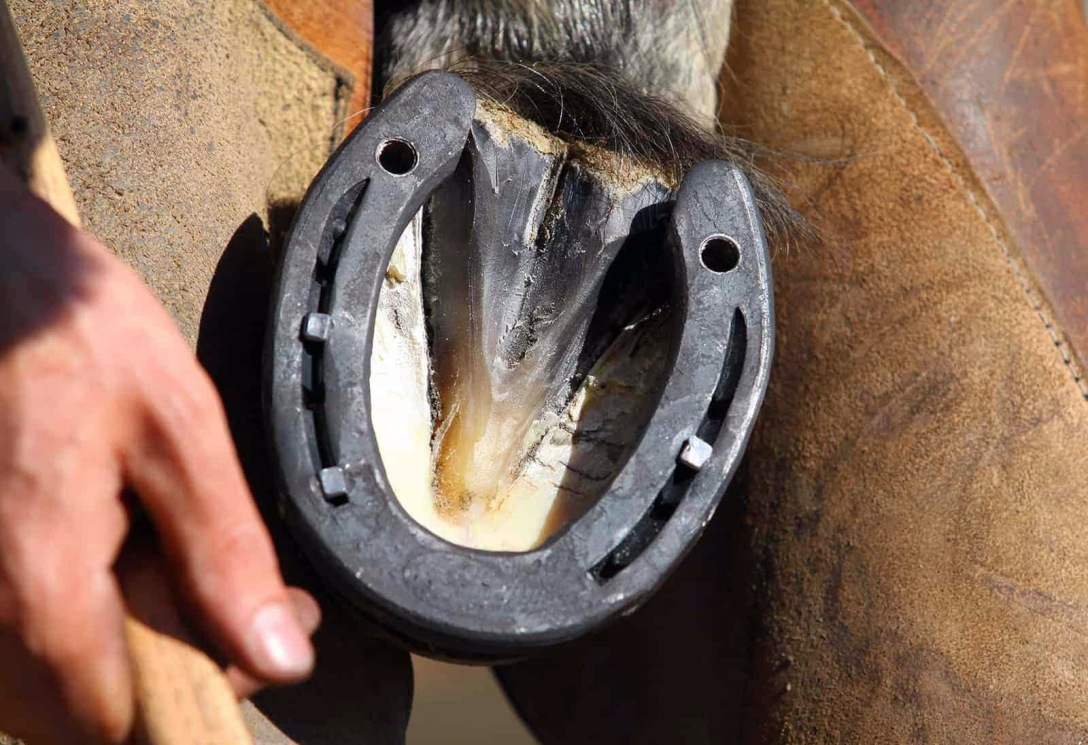 They can reach speeds of more than 40km (c. 25 miles) an hour, clear hurdles more than eight feet high and even pirouette — and they manage it all with just one toe on each foot. Horses are singular in this fascinating characteristic, but it did not start out that way.

While the modern day horse has one toe on each foot, his predecessors had four toes on their front feet and three on their back. [1]

In “How the Horse Became the Only Animal with One Toe”, HorseTango.com member Colt writes:

While it has long been thought that the shift was linked to horses moving from forest to grassland environments, it was unclear how this anatomical change happened.

Now researchers say they have cracked the conundrum.

“The centre digit was compensating simultaneously for increasing body size and reducing side digits – which is definitely not something we knew before,” said the aptly named Brianna McHorse, first author of the research and a PhD candidate at Harvard University. [2]

How horses—whose ancestors were dog-sized animals with three or four toes—ended up with a single [toe] has long been a matter of debate among scientists. Now, a new study suggests that as horses became larger, one big toe provided more resistance to bone stress than many smaller toes.

To trace the evolution of the horse toe, researchers first examined 13 fossilized horse leg bones, from those of the 50-million-year-old, dog-sized Hyracotherium (which had three toes on his hind feet and four on his forefeet) to those of modern horses. They measured features like bone length and area using 3D scanning, which revealed the bones’ resistance to stresses such as squeezing or bending.

The team then estimated the body weight of each of the horses and calculated how much stress their leg bones would have been subjected to when trotting or jumping. As their body mass increased, horses’ center toes got bigger and more resistant to stress, whereas their side toes shrank and eventually disappeared. (August 2017). [3]

Robin Bendrey, a zooarchaeologist from the University of Edinburgh who was not involved in the research, said the study was exciting.

“[It] makes a major contribution to explaining a major evolutionary adaptative trend of the family Equidae and one which ultimately produced an animal that has been so influential in human history,” he said. [4]

Shakespeare said, “No Foot. No Horse”.  The triangle at the bottom of a horse’s foot (the frog) provides shock absorption, traction, protection and more.  See “Equine Hoof Care: The Flourishing Frog,” TheHorse.com, 11 July 2019.
—-