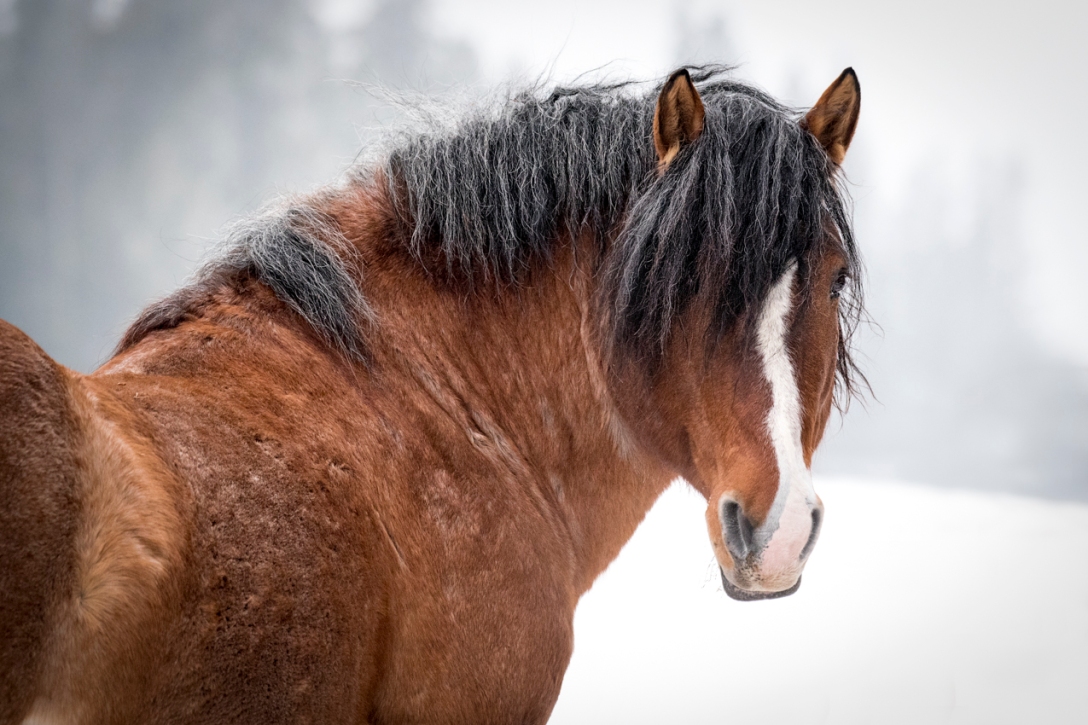 SUNDRE — Bob Henderson’s love affair with wild horses began almost 50 years ago and he’s become a passionate advocate for the ponies that roam the Rocky Mountain foothills of west-central Alberta.

“I was in the woods and this black stallion comes charging through the trees at me. He snorted and blew — and that was it,” Henderson recalled recently at a barn and corral operated by the Wild Horses of Alberta Society near Sundre.

“I fell in love with those horses and I’ve worked hard just to become a voice for them.”

Three wild mares that staff were trying to “gentle down” so the animals could be adopted are in the corral. One is pregnant.

“When they’re brought in for the first time, except for maybe seeing humans out in the bush, they’ve had no contact with humans,” Henderson said. “We vet the people who adopt our horses, so the homes they go to are ones where they’re going to be appreciated and loved.”

Later, on a drive along a logging road, a stallion and three mares are seen pawing the snow to uncover grass. They barely move, even though humans are a few metres away.

“You seldom see a sick one. Those don’t usually survive,” Henderson said.

“I think we can convince the government that these horses have a value, an esthetic value for tourism as we want to diversify our economy.”

Alberta Environment and Parks says 1,673 feral horses were counted in the Alberta foothills as of last February.