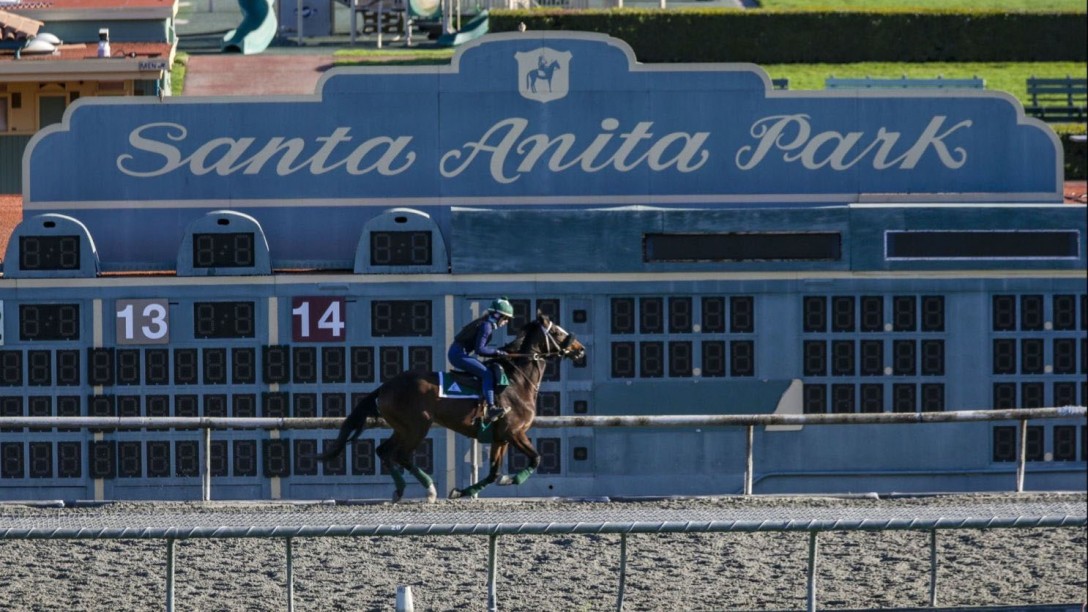 ARCADIA, California (Jan. 1, 2020) — Golden Birthday took a bad step in the stretch at Santa Anita, unseating his jockey who was trying to pull the horse up. Veterinarians recommended that the four year old gelding be euthanized, although it wasn’t immediately clear what his injury was.

You may have noticed that racehorse death reports at the end of last year were slipping in references to last December’s investigation by the Los Angeles County District Attorney’s Office which reportedly found there is no indication of animal cruelty or criminal activity in the Santa Anita horse deaths. Well, no. Of course not.

Can American horse racing — especially in California — get any more obnoxious?

Horse racing needs to be banned outright. There is no way to reform an industry full of individuals with the sort of mentality they consistently display. Sadly American racehorses are hardly alone. This same sort of thinking and gruesome practices is show up across horse racing around the world.

In the meantime, California Governor Newsome has done a disappearing act. How many horses do they need to kill at Santa Anita before someone, anyone, puts a stop to it?