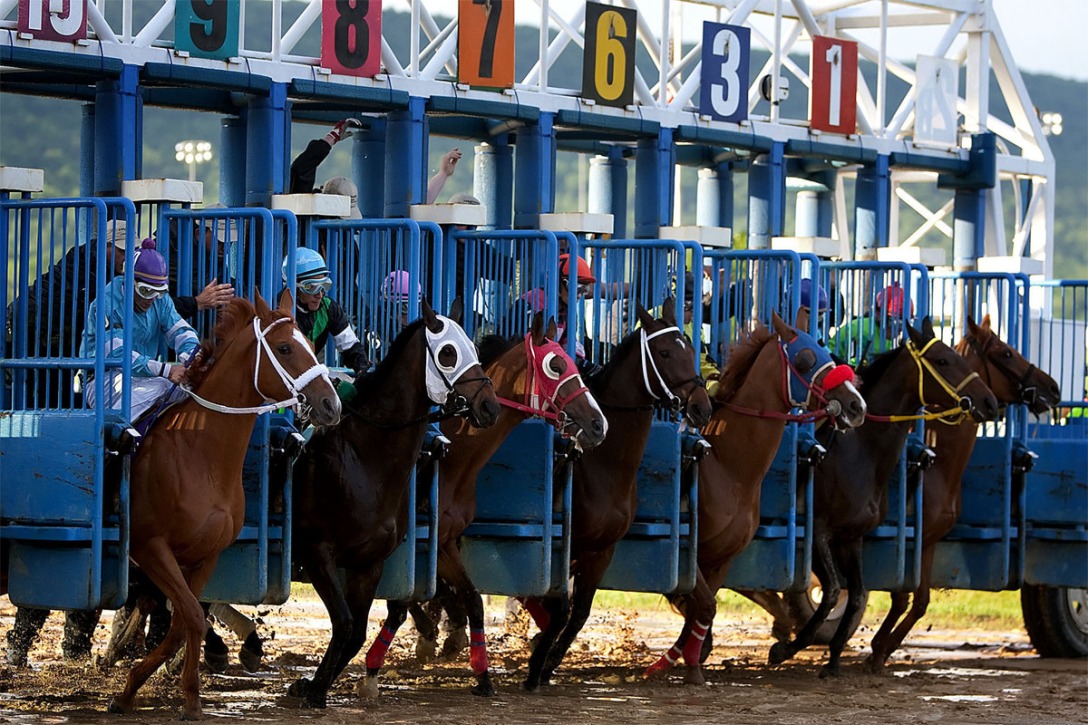 Horse racing is continuing in many parts of the world despite the Coronavirus threat. However, more race venues are beginning to cease racing. While these track closures continue, there is great concern about what racehorse owners will do with horses who are not racing. It is a costly enterprise maintaining a racehorse, and no one has a clue how long this will go on.

Here’s news of a recent racecourse closure. The Guardian reports:

Tasmania has banned horse and greyhound racing “effective immediately” in the latest wave of shutdowns intended to stop the spread of the coronavirus, while the racing industry in other states is quietly trying to make arrangements to house thousands of furloughed racehorses should the ban become national.

Tasmanian premier Peter Gutwein announced the ban on Thursday, cancelling all race meetings for four weeks but allowing training facilities and people responsible for the care and wellbeing of the animals to continue operating.

Explaining the decision, which followed an outbreak of Covid-19 in the regional hub of Devonport, Gutwein said he was concerned that large groups of people were continuing to gather at the races, even though spectators have been banned.

New South Wales Greens senator Mehreen Faruqi has called on other states to follow Tasmania’s lead, saying it was “absolutely crazy that greyhound and horse racing is continuing in the middle of a global pandemic”.

Racing Victoria said it would continue racing after Victoria introduced tough stage-three social distancing laws this week. Jamie Stier, the executive general manager of integrity services, said the industry was “continually reviewing our biosecurity protocols” and “learning from our collective experiences over the past three weeks”.

Both thoroughbred and harness racing was suspended last week due to coronavirus scares, but the sport resumed when tests were returned negative.

“A number of jurisdictions are conducting racing without spectators, including Hong Kong, Australia*, and Japan.

*Except Tasmania. **Shut down last week (see above). Our notes.

There are 35 active racetracks in the USA. It is hard to keep up, but there are some running. Most of those are racing without spectators. Santa Anita was recently shut down by the Los Angeles County Health Department. Other racing in California continues.

RSPCA chief scientist Bidda Jones said it was “inevitable” that horse racing would be suspended in Australia.

“Nobody quite knows what the capacity is for farms to take horses leaving racing because we’ve never been in a position whereby, if there was a shutdown of racing, so many would be leaving at one time,” he said.

Jones added however that a shutdown posed “a huge risk” to horse welfare and the industry needed to prepare so it was not attempting to retire a large number of horses at once.

Julie Fiedler from Horse SA said that widespread job losses caused by the shutdown of the hospitality industry and other coronavirus control measures would cause a “silent animal welfare tsunami” as people became unable to afford to care for their horses. Major saleyards such as Echuca and Pakenham in Victoria have suspended their horse sales, leaving knackeries the only option for a quick sale.

“If it goes on for an extended period of time, people are going to have to reevaluate the cost of keeping a horse,” she said.

At the mercy of racing

So what should and what will horse racing do about the horses? Here racehorses are, yet again, in peril, and at the mercy of racing.

4 thoughts on “Horse racing off and on”