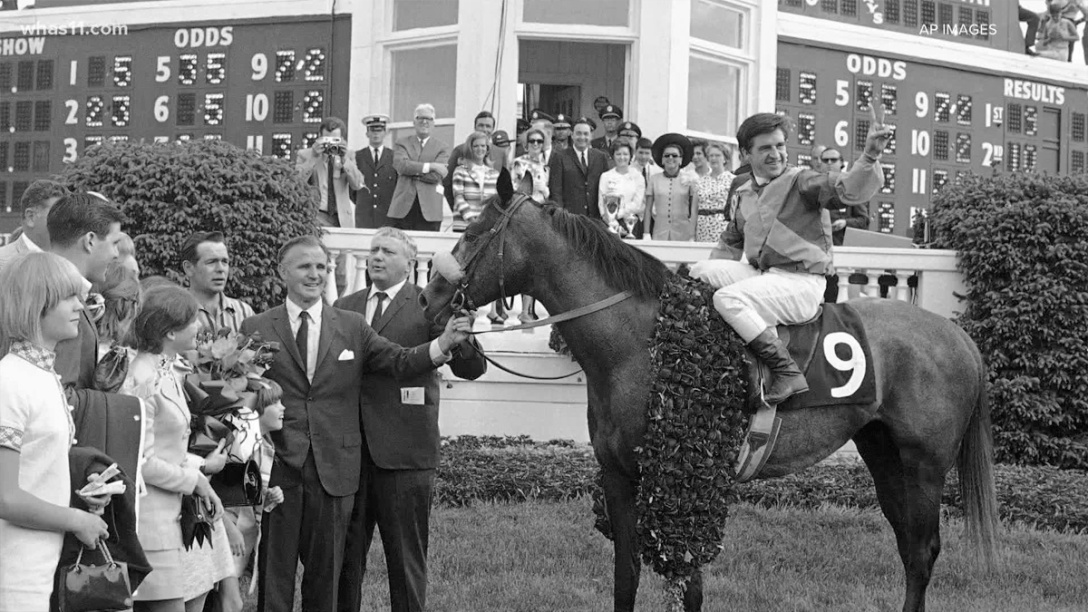 “The biggest difference is social media,” said Milton Toby, a Georgetown attorney who wrote the book “Dancer’s Image: The Forgotten Story of the 1968 Kentucky Derby.” “There wasn’t the 24-hour news cycle in 1968.”

Toby has written multiple books on Thoroughbred racing, most recently “Taking Shergar” about the 1983 theft of the renowned stallion in Ireland. He is currently working on a book about “a social history of performance-enhancing drugs in Thoroughbred racing.”

As a freshman at Centre College, the 1968 Kentucky Derby was the first Toby attended. Like most everyone else, he was surprised by the news a few days later of Dancer’s Image’s drug test. But then the story faded, popping up only sporadically on the sports page in the newspaper.

Things operate differently today. Medina Spirit’s fate and Baffert’s history — five positive drug tests in a little more than a year — have dominated racing coverage through the May 15 Preakness and before Saturday’s Belmont Stakes in New York.

What about Baffert? Ray Paulick reports:

Sol Kumin’s Madaket Stables, along with partners SF Bloodstock and Starlight Racing, remain committed to trainer Bob Baffert despite his recent controversies. The partnership, nicknamed “The Avengers,” continues to send horses to the embattled conditioner even with questions surrounding Baffert’s ability to participate in the Triple Crown classics that he has dominated for much of the last quarter-century. In a recent conversation with the Blood-Horse’s Bob Ehalt and Byron King, Kumin reiterated the group’s continued confidence in the California-based Baffert.

“We bought over 30 2-year-olds that we plan to send to Bob,” Kumin said. “We have sent about 25 already. We plan to continue to support him.”

“The Avengers” hit it big with Baffert in 2020, with Grade 1 winners Authentic, Charlatan, and Eight Rings all part of their initial consignment of horses that the group had sent to California. Kumin and Starlight also partnered with China Horse Club and WinStar Farm in ownership of Justify, the 13th Triple Crown winner, also trained by the Hall of Famer. However, recent issues like Medina Spirit’s positive tests for betamethasone and other positive tests for regulated substances in Charlatan and Gamine in 2020 have caused clients like Spendthrift and My Racehorse to move horses out of Baffert’s barn for now.

Featured Image: Dancer’s Image was the first winner in the history of the Kentucky Derby to be disqualified. Post-race showed the horse tested positive for phenylbutazone.