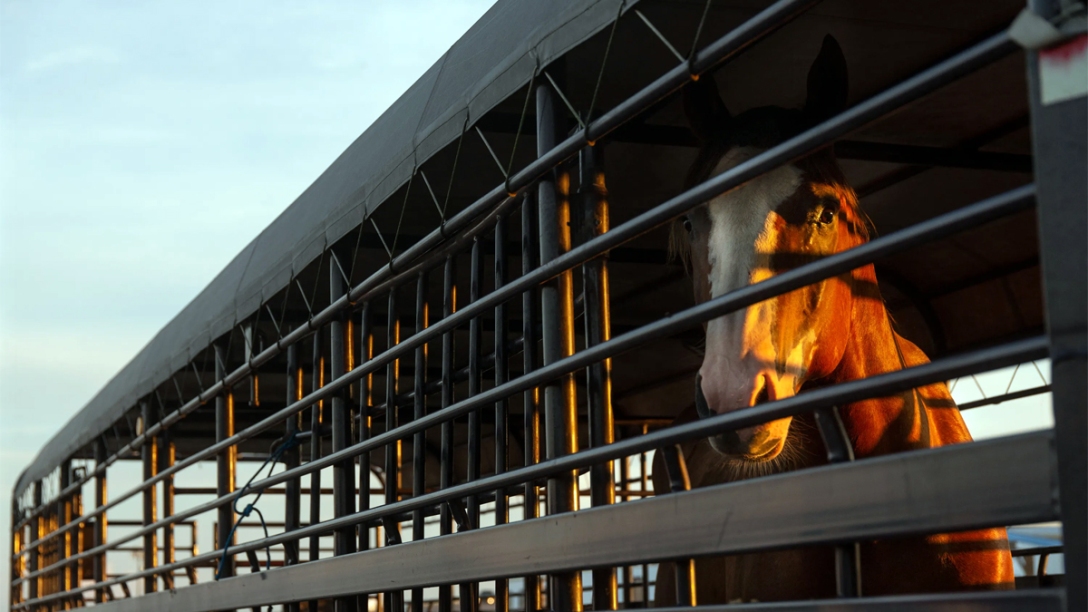 On May 24, 2007, the last slaughterhouse in the US producing horsemeat for human consumption was closed by State statute.

The export of horses to Mexico and Canada for slaughter, however, continues unabated.

More than 1.5 million American horses were sent across US borders for slaughter in Mexico and Canada from 2001-2020.

New data from a national poll conducted by Lake Research Partners that reveals 83 percent of Americans oppose the slaughter of U.S. horses for human consumption. Opposition to horse slaughter has remained strong and even increased slightly since prior polling in 2012, and this opposition extends across political party, race, gender and regardless of whether the respondent lived in a rural or urban setting.

Despite Congressional efforts that shuttered horse slaughterhouses on U.S. soil in 2007, tens of thousands of American horses continue to be shipped to Canadian and Mexican slaughterhouses that supply other countries with horsemeat. A bipartisan group of federal lawmakers is working to close this legal loophole with the introduction of the “Save America’s Forgotten Equines (SAFE) Act (H.R.3355/S.2732), which would permanently ban horse slaughter in the U.S. and end the export of American horses for slaughter in other countries.

Last year, approximately 23,000 horses were exported for slaughter, and research demonstrates that there exist far better options available for every horse sent to slaughter.

The slaughter industry will only be stopped if Congress acts, and when they do, research published in 2017 reveals that 2.3 million Americans have both the strong interest and resources to adopt a horse. With the equine industry and equine shelters working together to increase adoption of horses in need of homes and provide safety net programs to help keep owned horses in homes, it’s clear that every horse in need can be helped, if given the opportunity. Source: News Release »

Yet, in Congress after Congress, anti horse slaughter legislation garners co-sponsorship support, then that is as far as it goes. The bills “die on the vine”, so to speak. They rarely ever get a hearing let alone a vote. It does not matter who is President, or which party is “in charge”. So . . . . why is that? How does this continue if the United States is truly a democracy? Please do not tell us it is complicated, and we do not understand. It is not complicated, and we do understand.