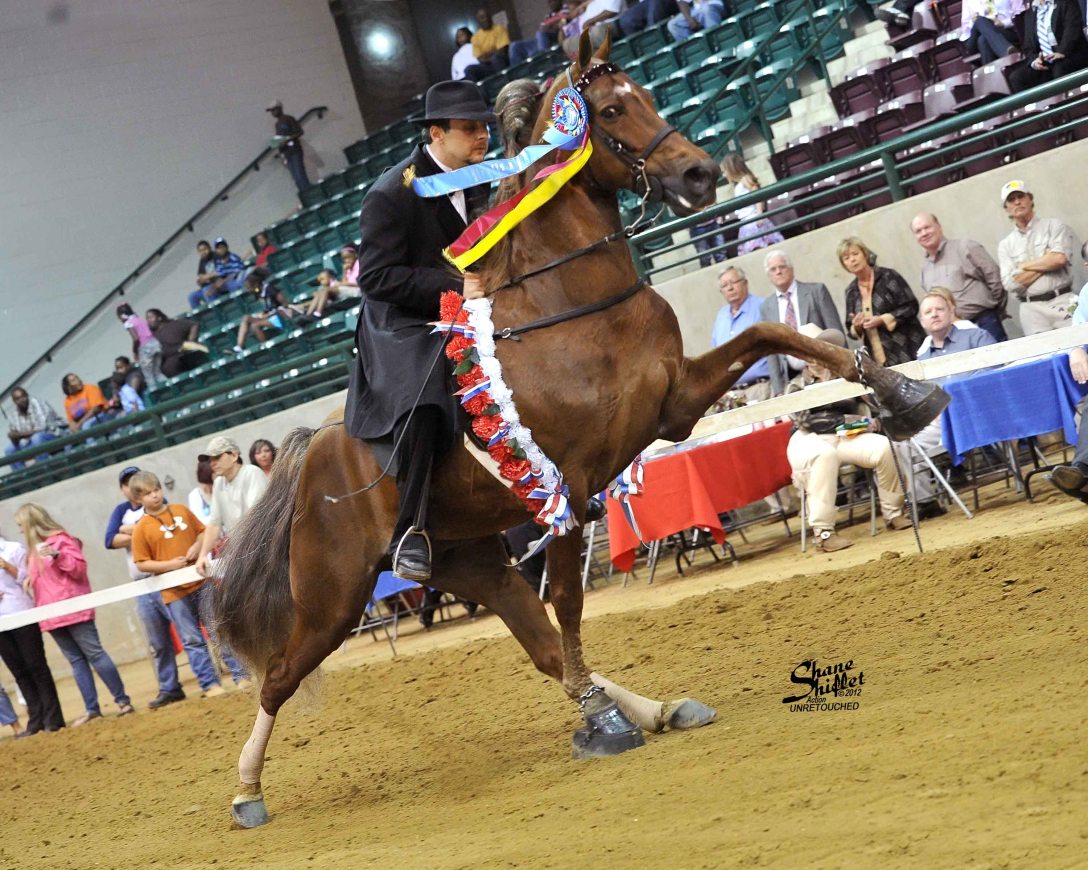 Animal advocates protest against cruel practice involving chains attached to the horse’s hoof and boots used to give horses an exaggerated gait.

Animal Welfare Advocates with the grassroots Citizens Campaign Against “big lick” Animal Cruelty (CCABLAC) have announced that they will peacefully assemble at the Tennessee Library Thursday at 1 p.m. to protest against and call for the immediate removal of a “big lick” Tennessee Walking Horse placed on the outside wall of Tennessee Library as an official Tennessee State Symbol.

Middle Tennessee State University Horse Science Professor equine vet Dr. John Haffner told the Murfreesboro Pulse that, “The fact is the big lick can only be accomplished by soring. When one soring technique becomes detectable, another one is developed. The big lick is a learned response to pain and if horses have not been sored, they do not learn it.”

According to the Humane Society, soring involves the intentional infliction of pain to a horse’s legs or hooves in order to force the horse to perform an artificial, exaggerated gait. Caustic chemicals; blistering agents like mustard oil, diesel fuel and kerosene, are applied to the horse’s limbs, causing extreme pain and suffering (know as chemical soring as seen above).

The United States House of Representatives voted in a landslide margin to abolish the nearly eight pound “stack shoes” and “chains” necessary to manufacture the “big lick” gait of Tennessee Walking Horses.

The organization is asking Tennesseans to boycott the Tennessee Walking Horse National Celebration in Shelbyville from August 24 to September 3.

CCABLAC says it wants to deliver a clear message that Tennesseans will not provide legitimacy to this cruelty. The methods that produce a “big lick” gait are a stain upon the great State of Tennessee. The US Congress has said “No”; Tennesseans should do the same.