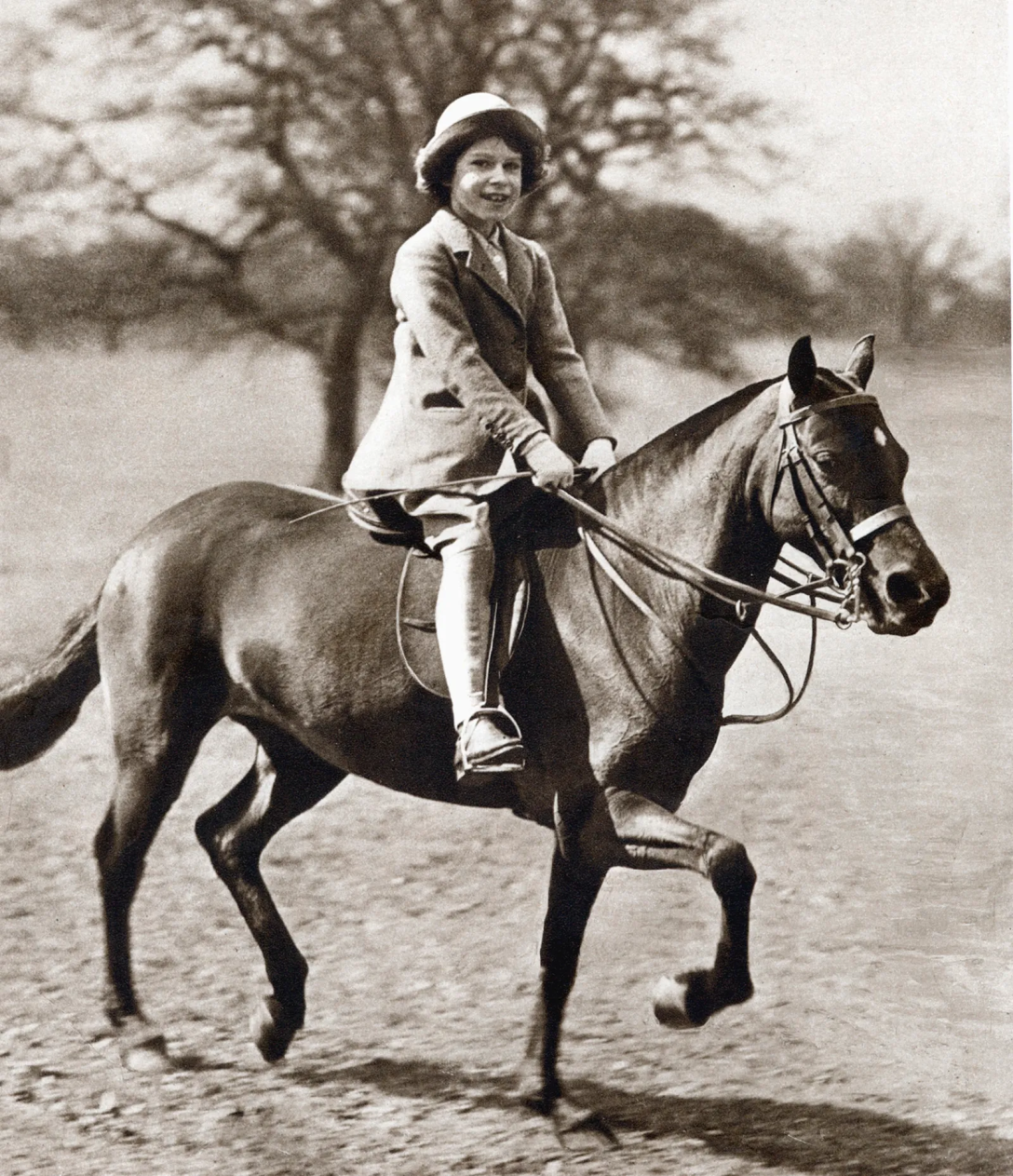 During her seven decades on the throne, the effect of The Queen’s love of horses extended not only to her family, but also to the equestrian world at large.

FROM early childhood our Queen was a horse-lover, but no one could have foreseen the immense contribution she would make to all our riding sports.

Everyone who shares The Queen’s passion for horses is in her debt, none more so than my generation, who were brought up during the deprivations of World War II. It was by no means guaranteed that equestrianism in Britain would blossom in the early post-war years of economic austerity. The lead given by the royal family was a crucial factor in the huge growth of riding as a widely popular sport.

We saw Princess Elizabeth, a stylish figure, as a consummate horsewoman in public, when she appeared riding side-saddle in a dark blue habit, at the 1947 Trooping the Colour ceremony, the first since the war.

It was an annual duty she has fulfilled ever since, arriving by horse-drawn carriage from 1987. There was always an element of risk in this parade, emphasised in 1981 when a youth fired blank shots near The Queen, who rode on coolly on her horse Burmese, a black mare who carried her for 17 consecutive years on ceremonial parades.

Her marriage in 1947 to the Duke of Edinburgh brought to the nation a level of glamour and excitement which defeated the greyness of that time. Princess Elizabeth received a filly, Astrakhan, as a wedding present from the Aga Khan, and soon registered her own colours: scarlet, purple hooped sleeves, black cap.

Since her teens, the heir to the throne shared the close interest of her father, King George VI, in thoroughbred breeding and racing, but the wider horse world would also benefit from the future Queen’s patronage. Nearly every major equestrian activity would involve at least one member of The Queen’s close family as breeder, owner, or competitor.

Elizabeth II (Elizabeth Alexandra Mary; 21 April 1926 to 8 September 2022) was Queen of the United Kingdom and the other Commonwealth realms from 6 February 1952 until her death in 2022. She was Queen Regnant of 32 sovereign states during her life and served as monarch of 15 of them at the time of her death.

The Queen adored her horses. She rode them with pride for decades, and had more than 100 horses at the time of her death.

» What will happen to the Queen’s horses?, UK Independent newspaper, 9th Sept 2022.