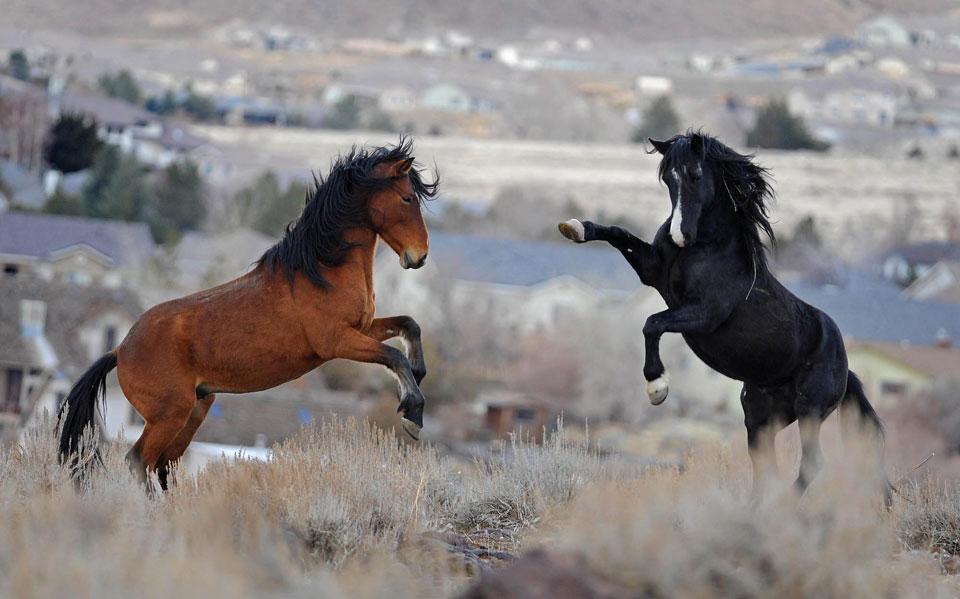 WILD HORSES NEVADA (Warning: Graphic Image) — On May 10, 2017, Tuesday’s Horse received an email from the Professor and Chair of the Geological and Environmental Sciences Department of a California University stating he was leading a student field trip in Northumberland Canyon south of Austin, Nevada the previous weekend and they discovered the following:

We came across six horse carcasses, all missing their heads. This was very disturbing to the students and I am trying to figure out what happened. Was there planned culling of wild horses? Why would the heads be removed?

The Professor had not been able to reach the Bureau of Land Management (BLM) so reached out to us for assistance.

At long last I tracked down the right BLM office thanks to the coordinates the Professor provided.

After several email exchanges and a few phone calls with a BLM agent in that office, we made little progress figuring out what had happened to these Mustangs or why.

Here is a summary of those exchanges:

• It is highly likely these Mustangs were shot and killed. Although rare in the area, other wild horses have been shot and killed and left on the side of the road in much the same manner.

• The heads were either removed by trophy hunters or for use in local rituals. It is also possible someone discovered the carcasses and removed the skulls much later and cleaned them to use as relics. The heads are not missing because of scavengers.

• Due to the vastness and remoteness of the area it is close to impossible to find any witnesses. Investigators often have to rely on hearsay such as “someone bragging” about the kill.

My BLM contact agreed to talk with other field agents plus get in touch with the U.S. Forestry Service for their input.

A few days later my BLM contact reconnected to tell me that wild horses killed in suspicious circumstances do fall under the jurisdiction of the U.S. Forestry Service and they would determine whether or not to investigate.

An agent of the U.S. Forestry Service contacted me with the following:

• They had discovered carcasses like these the previous year, perhaps even as early as Spring 2016, and they were “probably the same ones”.

• Due to the condition of the carcasses and the amount of time elapsed they have little to nothing to go on and did not feel it warranted the time and expense of an investigation. No one offered an explanation why they took no action at the time they first found the dead horses other than “it’s too hard”.

• They have come across dead Mustangs before where they suspected foul play and occasionally seen heads removed like this.

• The missing heads were not the result of scavenging.

It was never quite clear to me when coming across something like this, how they determine when it is worth investigating and when it is not.

The BLM and USFS were not the only ones. I also contacted a noted investigative reporter who also declined.

The agents I dealt with were responsive. Perhaps it ended the way it did with me at the direction of higher ups.

Yet wait a minute. Any way you look at it, murdering a Mustang is a federal crime. Murdering six. Leaving the six dead horses at the side of the same road. Removing their heads. Surely that warrants at least some looking into.

Something must be done or these murders, even if only committed sporadically, will continue.

I offered a reward for the arrest and conviction of these Mustang Murderers. The response?

I appreciate knowing about the reward and I will see how that might be promoted.

End of story? I thought so until a few minutes ago. We’ll let you know. Stay tuned. 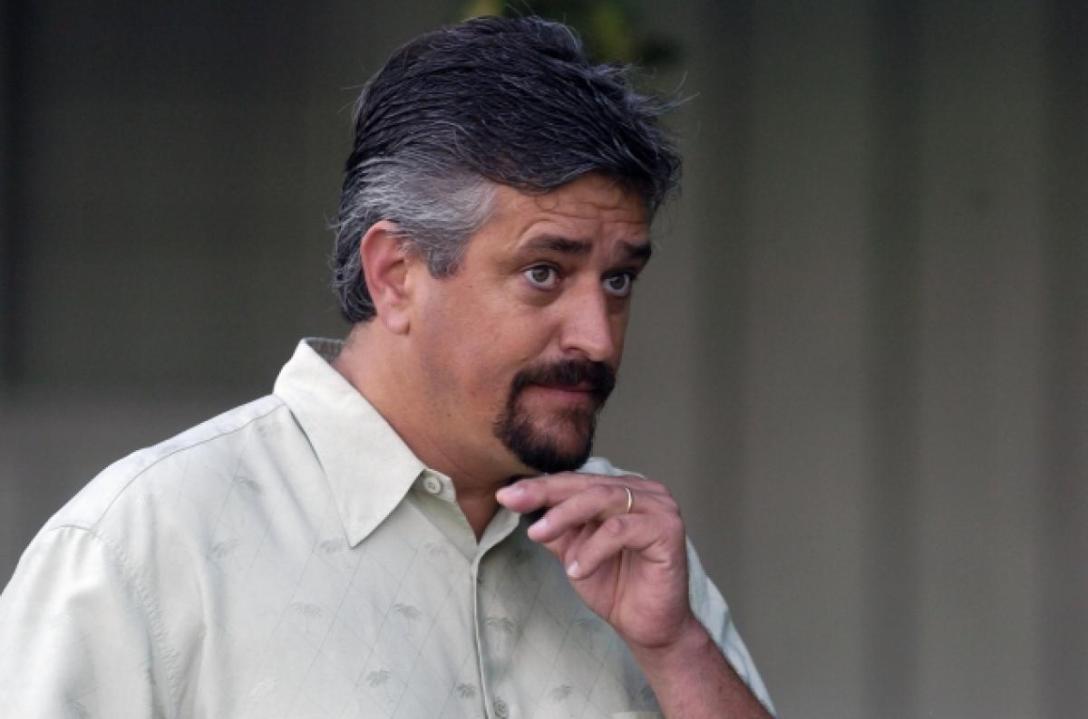 It seems inconceivable that a member of a prominent horse racing family that includes a celebrated jockey and trainer does not know when he is sending horses to an auction frequented by buyers for a slaughter plant. However, that is what Keith Asmussen, father of retired international jockey Cash Asmussen and noted American Thoroughbred racehorse trainer Steve Asmussen, is claiming.

Esther Marr and Ron Mitchell reporting for The Blood-Horse write:

Nine of the mares—two of which are by top sires Storm Cat and Triple Crown winner Seattle Slew—were purchased by a Thoroughbred aftercare activist and are now under the care of Donna Keen’s Remember Me Rescue. Located 50 miles west of Austin, Texas, the Round Mountain sale is allegedly attended by many buyers that ship their purchases to Mexico to be slaughtered for human consumption.

“As far as I am concerned (this was a legitimate horse sale), and I had no idea about the killer buyers until (horse rescue activists) started writing me letters.”

The mares are reportedly in good condition except for one who is slightly underweight. They will be checked the weekend of July 14 to see how many are in foal.

—Valid Obsession, a 20-year-old daughter of Valid Appeal and a full sister to sires Valid Expectations and Littleexpectations. She is reported to have a 2012 foal by Asmussen Horse Center stallion Intimidator and was bred back to that stallion for 2013.

—Luxury of Time, a 17-year-old daughter of Seattle Slew. She was bred to Intimidator for 2013.

—Adios La Cucaracha, a 15-year-old daughter of Storm Cat with a 2012 foal by Intimidator and bred to Intimidator for 2013.

—Rhododendron, a 7-year-old daughter of Mutakddim. She has a 2012 foal by Seneca Jones and was bred to Intimidator for 2013.

—Our Revival, a 12-year-old daughter of Ide with a 2012 foal by Heckle and bred to Asmussen Horse Center stallion Primal Storm for 2013.

—Endless Storm, a 20-year-old daughter of Storm Bird with a 2012 foal by Intimidator and bred to Intimidator for 2013.

—Ethel Is Best, a 13-year-old daughter of Woodman. She was bred to Intimidator for 2013.

—Karitsas Punch, a 14-year-old daughter of Two Punch. She was bred to Asmussen Horse Center stallion Littleexpectations for 2013.

—Empress Jones, an 8-year-old daughter of Seneca Jones with a 2012 foal by Heckle and bred to Intimidator for 2013.

The rescue was first reported by the Paulick Report.

Tomorrow, 1/18/2011, the Wild Burro Protection League and Red Horse Nation will be herding burros to Austin to deliver more than 100,000 signatures to Governor Rick Perry.

The signatures are part of a Change.org petition demanding that the Presidential hopeful stop his administration’s wild burro slaughter in Texas’ Big Bend Ranch State Park.

The campaign began when Marjorie Farabee with the Wild Burro Protection League and Wild Horse Freedom Federation learned that Texas officials were gunning down wild burros with the intent of eradicating them from the state park to make way for Big Horn Sheep for hunter’s pleasure.

Continue reading at Straight from the Horse’s Heart >>